Skinned mesh rendering black - seems like limit on # of materials?

As the title suggests I am having a problem with the rendering of a skinned game character. Parts render as black. It seems like theres a limit on number of materials. This is in the hololens Emulator not the actual headset. (headset hasn't arrived yet).

I tried changing from unity standard shaders to mobile diffuse ones but it made no difference. The character uses 7 different materials but only some of them are rendering. If i assign 1 material for everything then…

I created a project using a title and an imported mpeg clip that has video and audio. While in kdenlive, the "project monitor" properly shows the title for 5 seconds and then plays the clip. However, when I render the video as an mpeg, it's just a black screen with audio starting after 5 seconds! What might be wrong?

I didn't find the right solution from the Internet.

I’m trying to learn brazil basics to render a furniture piece we are making at the workshop. after a few tries on mac with toucan, i’ve downloaded windows rhino and brazil demo.
but many of the download links are broken. I then downloaded a material collection here..... 99
But after adding the textures on a box, when i render, textures looks very simple. either some colors are missing, or surface effects. Maybe I need to activate some options to have the full…

Renderer - which has best material library

'The most important feature I need from a renderer is a high quality, vast material library. I’m deciding which render plugin to buy.

I’m doing interior architectural renders. I would like access to a material library that is well organised with a huge variety of common materials used in interior design - floor tiles, wall tiles, carpet, marble, stone, concrete and so forth.

I checked out, for instance, Arion, but it only shows about 5 fabric materials on…

I have a large file, that was rendering fine, then after making some material additions/edits window only renders black

Render works for other files so not machine, suggestions?

Hi, I would like to give more shine a surface. Is there a simple setting I don't know maybe? When setting  "1" for glossy, then the color is very dull, but the shine is still too low.

Hi, I would like to give more shine a surface.
Is there a simple setting I don't know maybe?
When setting  "1" for glossy, then the color is very dull, but the shine is still too low. You can buy the book here

For me, this is a wonderful addition to Rhino - a great render! Very controlable and also very simple to use if some of it's basics are understood. I hope to cover some of these basics and procedures with tutorials and materials demonstrating their use.

This is a 'Standardized' scene which can be used as the basis of a Library of Materials for Brazil 4 Rhino. A good, comprehesive material…

Marble, Stone and other Noisy Materials

Repeating patterns based on numerical formulas.

If you have any confusions on what these are, do a search and read a little about them on the web. Simplified - computer generated patterns mimicking real-world materials such as stone, wood, marble, etc.

Procedural Textures are your friends!

My history as an artist/illustrator contains heavy useage of the airbrush for creating different visual effects. The airbrush mostly does one thing ...and it does it extremenly well - it creates gradients. This quick tutorial will cover using the Gradient Texture to transition from one material to another. And, it will give me a chance to mention a few settings I personally like when using the toon material.

Noise is also used to transition…

Getting Started Guide / Brazil for Rhino What's it all about?

This "Getting Started Guide" is intended for the Rhino user unfamiliar with advanced rendering programs such as Brazil. If you are fluent when it comes to industry standard rendering technologies, you will certainly breeze through the explanations included. If you are new to Brazil and advanced rendering, much of the learning process will come down to absorbing new terminology such as "Global Illumination" and "Render Cache". Once you have…

Unless the scene you are creating is full of great objects and a broad dynamic range of lighting to reflect, there is a good chance it will look and feel like it is missing something. Mine tend to border on being called Homely looking!:-)

Here are a few materials - a fairly basic glossy chrome blend with a little noise and some 'default' glass - assigned to some objects with the idea the scene should look good ......at least…

This is geared toward someone just getting a feel for Brazil and won't attempt to cover much more than a basic procedure - it is where I always start when-ever I'm creating an image in Brazil though.

There are lots of controls in Brazil - many places to get lost and also many places to foul up in if you aren't quite sure of what you are doing. Most rendering engines are like this so Brazil isn't particularily more difficult than anything else -…

These are some alternate Paint and Lacquer materials imbedded in this orignial 'swoosh' scene. It contains a variation on the environment and the exact settings I used to produce the image - I thought maybe some could use that as a starting off place for their own experimentations and renderings.

Here is the file:… Sampling creates an approximation of a continuous data source by taking measurements at specific intervals.

Since when rendering an image, we cannot represent details smaller than one pixel, the solution for measuring the color of the pixel is to measure the color at the center of every pixel in the rendering and then to assume that this color is a reasonable average for the entire pixel.…

Introduction to the Brazil shader system

In Brazil, everything that makes a visible impact on a rendering is referred to as a shader. This includes lights, environments, materials, textures, and camera lenses. Shaders are predefined behavioral patterns that affect the rays during the raytracing process.

Imagine raytracing a single pixel during a rendering. The process is something like this:

This page lists most of the options that are available in the Brazil for Rhino plugin. There is a brief explanation of the purpose and effects of each one. Since Brazil for Rhino is not yet completed, some options have not been implemented at this stage.

The Brazil options dialog can be opened via the Brazil menu, in which case you get a modeless dialog. It is also possible to access the options in a modal way through the… This tutorial is an explanation of techniques for rendering jewelry models in Brazil for Rhino. This process is similar to rendering other types of products with the additional use of features such as caustic photons and custom index of reflection and refraction values. You can download the tutorial file used to create the renderings and screen shots shown to help you learn…

The following example provides one way to use Brazil r/s 2.0 for Rhino and while there are many possibilities when it comes to rendering in Brazil, this method is a simple one in which photo realism can be achieved with minimal effort. Here's the Rhino scene we'll be working with... 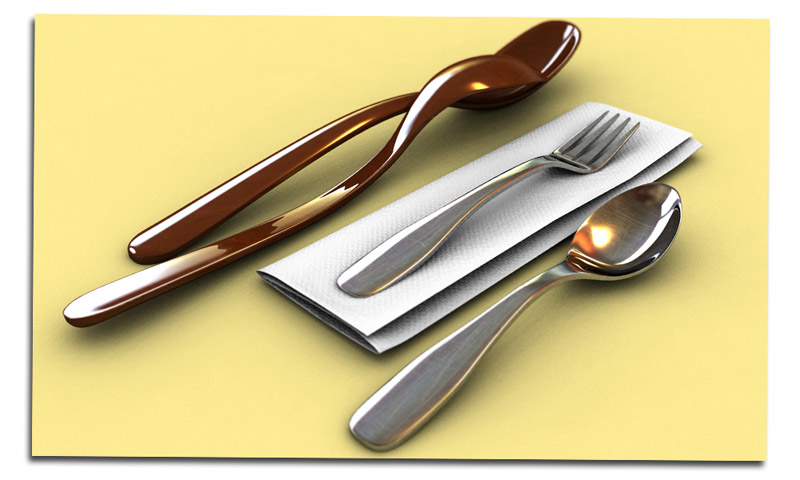 You'll need the following files to render this scene yourself...…